A marine geophysical survey is starting off the coast of Mid and South Copeland and will continue for around three weeks.

It’s part of the work being undertaken to help determine whether areas within Mid or South Copeland could be suitable to host a Geological Disposal Facility (GDF).

A GDF is an underground facility designed to safely and securely dispose of higher activity radioactive waste. No decisions have been made about where a facility would be located. Mid and South Copeland are two of the areas being considered as part of a process to find a suitable site and willing community for a GDF in England or Wales.

Deep geology beyond the coast is being considered for siting the underground elements of a GDF. This means a surface facility on, or near, the coast would provide access to a disposal area deep in rock beyond the coast.

The marine geophysical survey has been commissioned by the GDF developer and is using a vessel, operating beyond the coastline. The technology used is based on sound waves – similar to ultrasound imaging used for medical purposes – which are reflected as an echo from different geological layers. 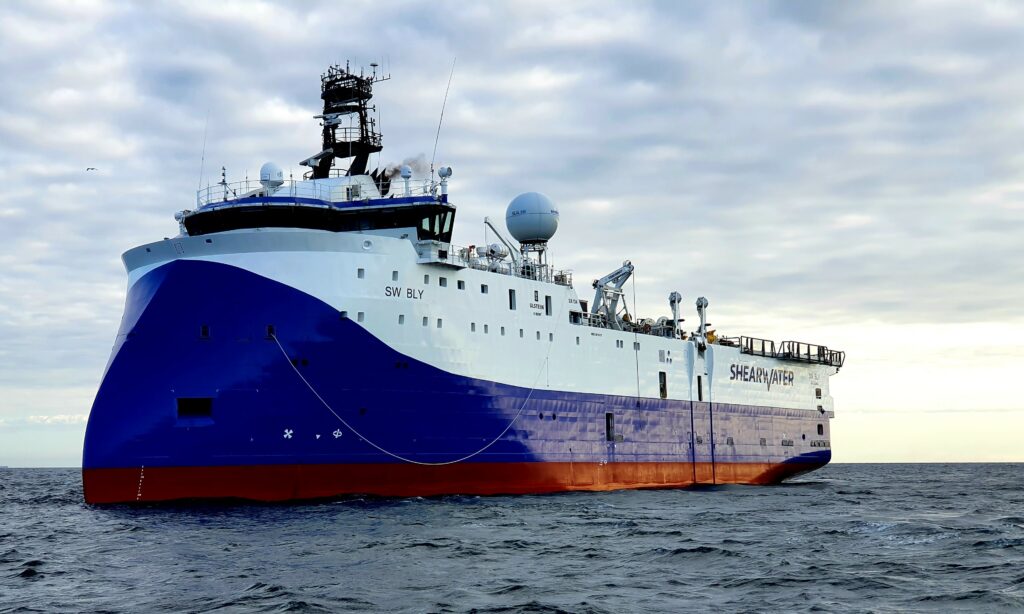 This enables a 3D picture of the underlying rocks to be built up to assess the deep geology and its potential suitability to host the underground elements of a GDF. The seabed remains undisturbed throughout the survey.

The GDF developer is working with marine regulators and marine representative bodies, plus other stakeholders, to keep marine users and local communities informed. Commercial fishing operations have been notified about the survey and the GDF developer has developed a marine cooperation scheme for businesses which may be affected. The survey will not affect the normal use of local beaches.

Chair of Mid Copeland, Andy Pratt, and Chair of South Copeland, Ged McGrath, said: “The Mid and South Copeland GDF Community Partnerships acknowledge that there have been some local concerns expressed around the subject of the marine geophysical survey, commissioned by the GDF developer.

“The survey is an essential part of the investigative work being undertaken by the GDF developer to determine whether locations within Mid or South Copeland could be suitable to host a GDF.

“We’ve been assured by the GDF developer that it has carried out the required environmental assessments, obtaining all the necessary permissions and it will work to minimise the impact of these surveys on marine life by following relevant UK guidance.”

The contractor who will undertake the survey will also aim to remove old fishing gear and debris from the sea during operations. Data from the survey will need to be processed and analysed in detail by the GDF developer which will take around nine months.

If a suitable site for a GDF is found in Copeland – a process which could take 10-15 years – a decision to develop a facility in Copeland could not be taken until the community in the electoral wards directly affected has had a say and taken a positive Test of Public Support.

GDF events to be held in South Copeland